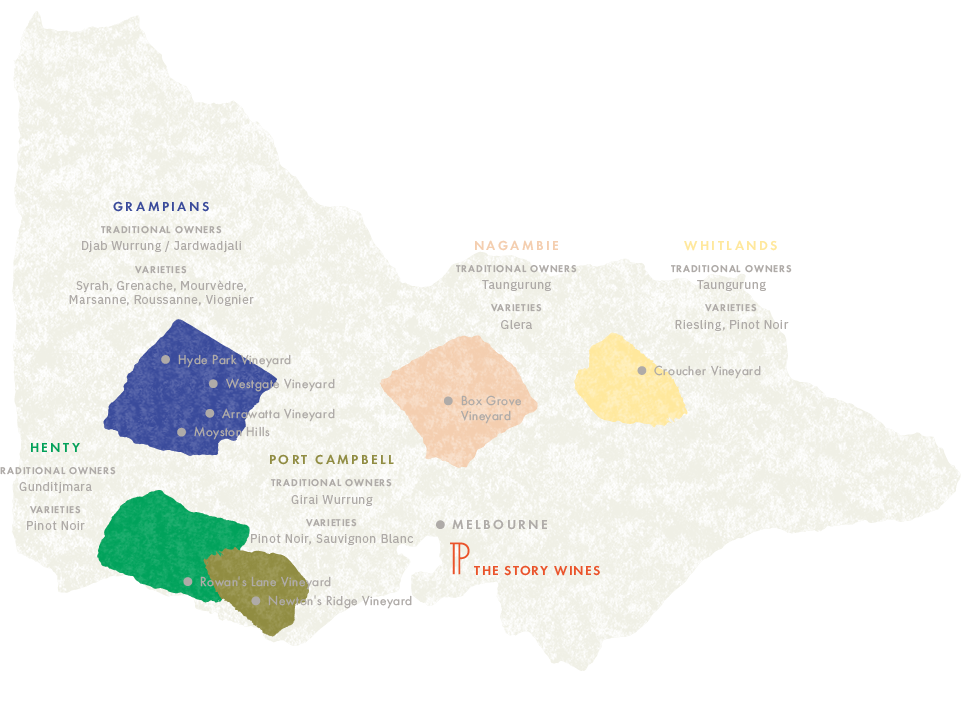 We acknowledge and pay respects to the Jardwardjali and Djab Wurrung peoples who have nurtured the lands of Gariwerd (Grampians) for tens of thousands of years, on which we now grow grapes. Likewise, the Boon Wurrung people upon whose land we live and make our wines, and the traditional owners around the Victorian regions from which we source grapes. Our quest is to thoughtfully express the uniqueness of season and place, and that place always was, and always will be, Aboriginal.

Situated in the hills southeast of Great Western at Armstrong, on an east facing, undulating slope of red/brown sandy clay loam, with buckshot and some quartz, known as the ‘Concongella’ soil series. Planted in 1969 by the Dalkin family, and then extended in 1998. From 2011 the Morris family have taken custodianship of this great site. The vineyard is mainly the rare St. Ethel clone of Shiraz, but with a small trial clonal block on various rootstocks. In 2008 a small block of Marsanne, Roussanne and Viognier was added, on the lightest, poorest soils in the vineyard.

The vineyard is usually one of the later, cooler ripening sites we harvest, with a harvest date in the first week of April. The older Shiraz vines in particular display effortless depth and fine, building tannins, the wines ageing superbly, retaining admirable acidity.  Grapes from the 1969 plantings often rise to the quality mark needed for a single, Westgate Vineyard bottling, and have done so in the best years since 2006, now under the R. Lane Vintners series. The Marsanne, Roussanne and Viognier vines go to make our white blend, which has been gaining complexity and carving a stylistic groove since 2010. It is still the only plantings of Marsanne and Roussanne in the region to our knowledge. Westgate is a special site for us, and one of the most important sites in the district.

Located southwest of Great Western and north of Moyston, in the granite dotted hills, is Hyde Park Vineyard, a large, warm, vineyard set on a large siltstone hill, which looks like shale or slate, and erupts out of the red ferrous earth. We take grapes from the top of the hill, where the red earth is higher in clay and stone and retains more moisture, and largely avoids the need for irrigation in all but the hottest periods. Down the slope the soil becomes lighter and more sandy as it approaches an old creek. The earliest of our Shiraz to ripen now, it produces juicy, tangy, jubey red berry flavours and nice high tones.

From 2013 it will form the bulk of our Grampians blend. A parcel of 100% whole bunch fermented Shiraz from this block adds spice and lift to the blend. Expertly managed by Robin Kuchel.

In 2004, our first year of making The Story Wines, we were introduced to the Moyston Hills Vineyard by a local winemaker. It was only its second crop of Syrah and was a cold year. We were lucky enough to secure a tonne of grapes which, along with Westgate Vineyard, became our first commercially produced wine. We managed to get a little more of this organically grown fruit in 2005 before we were muscled out by a larger player that contracted the entire vineyard. Fast forward some fifteen years and in 2020 we were offered 800kg of precious Mourvèdre for our Super G, and learned that these contracts were almost finished. Indeed, we were asked by the Robinson family whether we might like to take on the lease to farm the 9 acre site ourselves, something I never would have envisaged back in 2004. I jumped at the chance.

Moyston is located further south than most Grampians Vineyards, and this latitude and exposure pushes the ripening of Syrah back a by a week or two from those closer to Great Western. Soils too are slightly different, with older, Cambrian era bedrock and slightly redder topsoils. It was planted in 1999 and then extended with another block in 2008, to give nine acres in total, the majority being Syrah, but with important smaller sections of Mourvèdre and Grenache, and a very young six rows of Barbera that we are training up now and expect to get a small crop from in 2023.

The style tends towards the spicier, more savoury and firm, and we are impressed by the early results and explosive perfume and pepper the Syrah wines have. It will become the fundament of our Grampians Syrah blend, and will also provide important Mourvèdre and Grenache for the Super G as that wine evolves and grows. In time, we hope it will also provide sufficient quality for a single site Syrah.

This is the first site that we have leased and farmed ourselves and we are relishing the chance to control all aspects of the winemaking process now (as much as one can...). We aim to take the site back to the organic practices that the Robinsons established, and build soil and vine health for the future.

In some respects this completes a circle that began in 2004, but in reality it is just the beginning of a new chapter that will hopefully take our wine quality higher.

The Arawatta vineyard was planted in the late 1990s by local Paul Dakis and we convinced him to plant some Grenache vines on the warmest, lowest section of his vineyard, where the soils are lightest. Planted in 2014 at 280mASL. The 2 hectares of Grenache is from the South Australian Heritage clone program, and while the vineyard is still very young, there is already impressive wine being made from it, with rose petal and Turkish delight aromas and the ability to achieve good flavour ripeness at modest alcohol levels late in the season. I see Grenache as an important variety for the future of the Grampians region as climate change pushes ripeness earlier and warmer sites like this one are able to harness this trend and use it to achieve wines previously un-thought of. 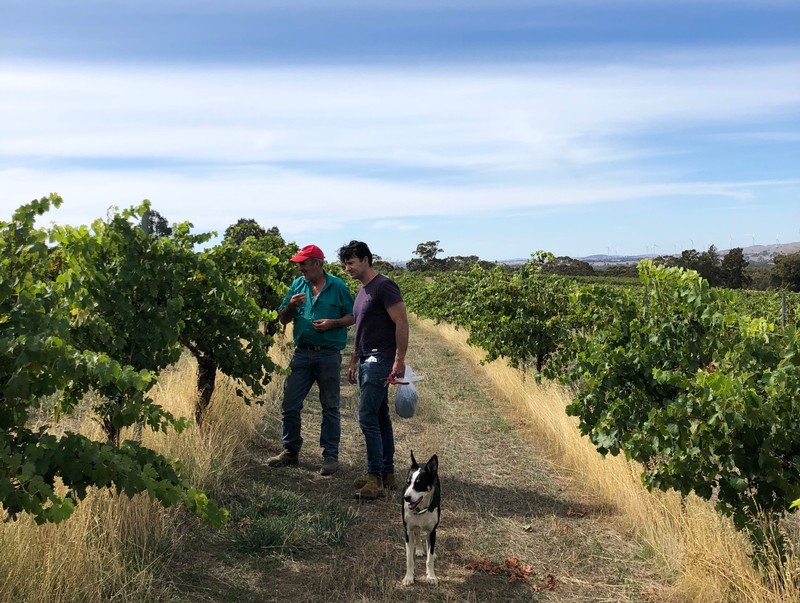 A very small block isolated from others, this time planted on the banks of the Merri River outside Warrnambool, the most easterly part of the Henty region. It was planted in 1998 by the Rafferty family, to MV6 and 115 clones of Pinot Noir, P58 Chardonnay, Pinot Gris, a little Riesling and some Cabernet Sauvignon. The vineyard is influenced by two major features. Firstly, the sea, which is within 2km, and the retreat of which revealed the sands and shells that compose the subsoils of the vineyard. Secondly, the Tower Hill volcano a few kilometres west, which dusted the area with black, friable, ashen topsoils. Even, cool ripening conditions and modest crops make for earthy, powerful Pinots, and as of 2012 we have made some lovely single-vineyard wine from the site. 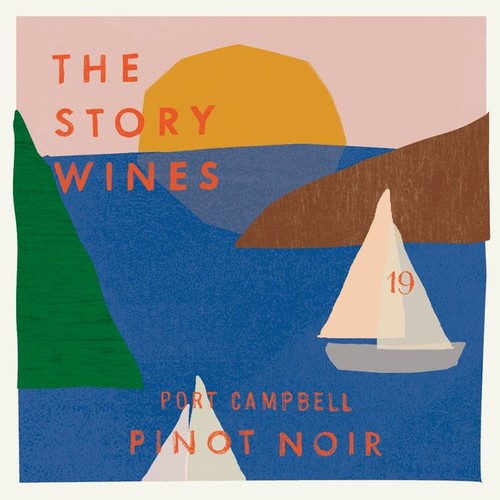 Another isolated block, this time 15 minutes inland from Port Campbell, the home of the famous 12 Apostles on the Great Ocean Road. The vineyard was planted by the Newtons in 1998 to 10 acres of Pinot Noir MV6 clone, Chardonnay, Pinot Gris, Pinot Meunier and a little Shiraz. Soils are brown clay loams over limestone, and rainfall is high, eliminating the need for irrigation. This is a very cold site, northeast facing and needs intense management to ripen adequately, so leaf removal and crop-thinning are necessary, but it is beginning to produce impressive Pinot Noir fruit with delicacy and perfume, and a caclaire quality not often seen in Aussie Pinot. The difficult nature of the site has seen it reduced to a more manageable size in recent years, which has unfortunately reduced our volumes, and it is now a wine-club only release. Rare indeed! 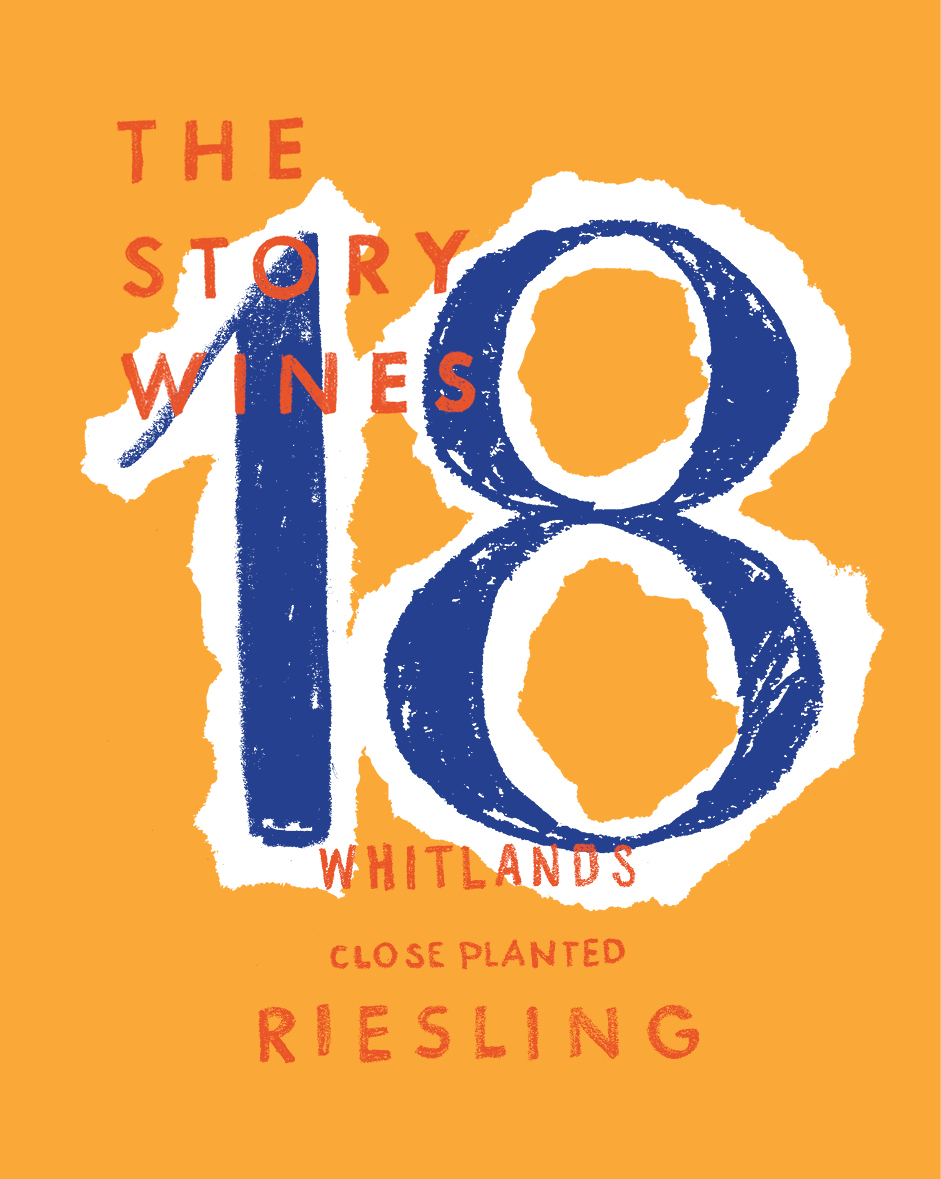 The Croucher Vineyard was made known to me when I began putting out feelers for a new Riesling source after the unfortunate vine-pull and retirement of the Barrett’s at Portland in the Henty region. I am convinced that the best Riesling comes from the coldest vineyards, and so if I couldn’t have latitude, I wanted altitude. I was told about an old Brown Brother’s contract site next door to their Whitlands vineyard that had some pretty smart Riesling, so went to investigate. The Croucher Vineyard is set at close spacing on red volcanic soils, up at around 800m above sea level, and was planted in the mid-1980s. It seemed to have the right credentials. Beginning in 2015, the Riesling is very delicate, limey and floral, and retains great acidity. The Croucher family tend it with an expert hand. We love the intensity and drive of the natural acidity of this site, even in the warmest years, and its long, cool ripening allows for a full spectrum of fruit flavours without sacrificing line and delicacy

Planted in 1995 at 100mASL and expertly managed by Sarah Gough, we will have more information to share about this vineyard soon.

FANCY 20% OFF WINE AND GIN, FREE SHIPPING ON ALL ORDERS AND THE BEST PERKS? CHECK OUT OUR WINE CLUBS